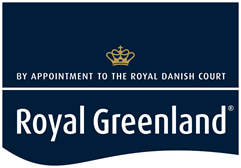 Royal Greenland A/S is 100% owned by the Greenlandic home Department and Royal Greenland Seafood A/S is the Danish part of this huge seafood company with a turnover yearly on approx. 750 million Euros. As a truly vertically integrated company, Royal Greenland is at the centre of a wealth of competences, cultures, knowledge and accumulated experience, bringing wild-caught, high-quality seafood from the North Atlantic and the Arctic Ocean to consumers around the globe. The global presence of Royal Greenland has its origins in the vast areas of the North Atlantic and the Arctic Ocean. Our own fleet of 8 large ocean-going trawlers fish in the rich fishing grounds between Greenland and Eastern Canada, east of Greenland and as far to the North East as the Barents Sea.